A facebook tag has been going around asking people to post their top 10 favorite/influential albums. I got tagged today and decided to find out what I thought my top ten were. It was pretty revealing for me, so here’s an annotated Westerberg top 10:

I was a senior in High School when a student in Chamber Singers with me, Tom Meyer, asked me if I’d be willing to sing bass on a couple of JT songs he wanted to perform at our pops night. We had no sheet music so he just said, here’s the two songs, see if you can learn the bass parts. One was “Traffic Jam” off an earlier album, but the other was “Lonesome Road” off of this one. I bought the album and immediately connected with JT’s voice. Loved the song, loved the album, and it began my journey into discovering that James Taylor was my favorite singer. He wasn’t the greatest lyricist, especially during this phase of his career, but his music I can listen to all day long. 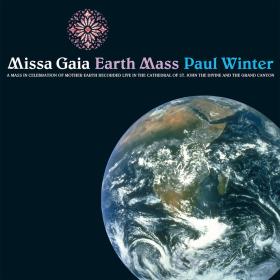 My uncle was good friends with a member of the Paul Winter Consort in the 1970’s and when Paul Winter recorded this, I received the very first iteration of it, a double cassette of the Mass that included songs not released on the actual album. It really influenced my ear and my musical thinking. My favorite song was the Beattitudes, and 37 years after I first heard it, I got to sing it with Paul Winter himself in a dress rehearsal for our collaboration with him, PCC and Voices In Harmony in 2018. An out of body experience I’ll never forget. Revisiting it and teaching the Mass to a choir of my own two years ago was a reminder of how profound an impact this record had on me.

I could just as easily name A Cappella or Something/Anything? here, but this record really is my favorite of his. Maine Steiners learned his Hodja in 1996 and I used that experience to find out more about TR who I was not familiar with before. Turns out he’s a musical genius. Meat Loaf, Bat Out Of Hell? Yeah, he not only produced it, he financed it. The motorcycle on it was his guitar morphing into the song. One take. A lot of his music, especially the last 25 years – is not mainstream and I don’t tend to enjoy it. And much of his early music, along with that of the music of his group Utopia sounds a bit dated. But Hermit hits the sweet spot for me and is a great showcase of skill that is also musically assessible to my ear.

Coming out of my year at U Maine, I really fell in love with the contemporary a cappella scene. My favorite group, with Five O’Clock Shadow maybe being tied with them, was the House Jacks. This particular CD is killer; their harmonies, as well as the production which expands the vocal sonorities intead of distorting them is still an amazing sound to me.

I was still pretty young when I got this album, as a matter of fact, it may have been my parents’. But I loved every single song on this entire thing. I’ve always been self conscious about the fact that this is one of my favorite records even to this day. It’s pretty shmaltzy, and a lot of it dated. But I watched a documentary on the Carpenters a few years ago and it dawned on me: this record is largely responsible for both my love of vocal harmonies, and my hearing of vocal harmonies. I have always – always – sung the harmony parts or made up new harmony parts when singing along with music. I realized that this album is the origin. I learned every voice part and could sing every voice part, low and falsetto and everything in between. In retrospect, it is INSANE what I learned and developed from learning and singing along with this album.

When my parents bought new living room furnature, I got the old set for my room, including the turntable cabinet. One of the records they had was this one, and I remember vividly – even at age 9 and 10 – lying down on my bedroom floor with my eyes closed just listening to this. I still can’t listen to the Largo without tearing up, it brings me back to a wonderful place and really developed in me a love for classical music. In the grand scheme of things, this Symphony is not a heavyweight. But it was, again, a perfect album for a young kid just discovering the orchestral sound with accessible, beautiful themes. 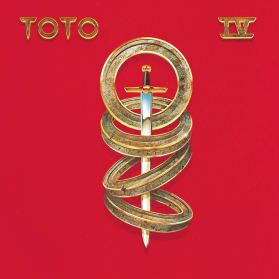 The quality of musicians in this group is off the charts. This is esentially the same backround band for many tracks on Michael Jackson’s Thriller, among others. But at the time, it was just a wicked cool album to a kid in High School in the Spring of 1982. It was the first cassette I ever heard played in a walkman and, trust me on this, it blew my mind!! Ahhh, the 80’s…. but it really influenced my taste in pop music for a very long time, probably still does.

Whereas many people think Piano Man was his first record, it wasn’t. This was. But he largely disowned it due to the recorded tracks (and his voice) sounding a bit higher in pitch due to a production error. The songs however were written at a very dark time in his life, and the result is one of the most extraordinary records I’ve ever heard. Spoiler alert: it is depressing! But from a sheer artistic standpoint, this is some of his most inspired work of his entire career. I first heard this as an undergraduate at Keene State College, and I took one of it’s songs – “Turn Around” – and arranged it for the KSC Jazz Ensemble which my director graciously allowed us to perform at our Spring Concert of my Senior year. The arrangement wasn’t great, but the song was, and every song on this album is a gem.

I’m choosing Vault instead of Pyromania or Hysteria because it has the best songs from both and in my mind they are really a double album. After going through High School listening to Toto, the Carpenters and James Taylor, etc, you can only imagine what a mind warp it was to hear Def Leppard. This is again another time in my life where the vocal harmonies just grabbed me, albeit in a very different context. All these years later, I still get jazzed listening to them. Vault didn’t come out until 8 years after I left college, but when I bought the CD I just wore it out. If I was on the proverbial dessert island and could only have three records to listen to, this would be one of them. Hands down.

This album was the impetus for my Masters Thesis, comparing similar works recorded by Robert Shaw at different stages of his career. This Messiah, when released in 1966, turned the classical world on its ear as Shaw tidied it up and performed it pretty much as a chamber work – which he submitted was an original intent – and produced a recording where the treatment of the voices and the instruments are absolutely identical, a practice he actually reversed when he began recording with the Atlanta Symphony for Telarc records in the 70’s and 80’s. I will put this recording of the Messiah as one of the most remarkable of all of his, and a very significant one for all classical music in the second half of the 20th century. It’s that brilliant.

#.5? Poets Of The Fall, Carnival Of Rust

I’m including this because every year I discover new artists or groups that bend my ear and my taste in a new direction. I first heard Poets of the Fall just in 2018. I think they are brilliant. They’re unlike anything I’ve heard before, think of them as a cross between Pearl Jam and Phil Collins. With strings. They don’t perform in the United States and don’t receive airplay here either. I think it’s a shame because if they had, they would be a household name. The highlight of this release is the title track and the video for it is the most haunting, mildly disturbing and profound music video I’ve ever seen; a legitimate work of art.