lessons from my sports legends, part 1

R – My guilty pleasure in life – and I am painfully aware that this being the case reflects the necessity of my needing to lead a more interesting life – is listening to WEEI Sports Radio on the way to and from school each day. But I do so by listening to archived interviews with sports writers, coaches and players of all the major professional sports teams in New England. There are specific regularly scheduled interviews I particularly love to listen to each week. Among them is the Monday morning chats they have with Tom Brady. I was listening to his interview earlier this week and he talked about a number of things that reminded me how much I have taken from my favorite players over the years. My four favorite sports legends in my life have been Carl Yastrzemski of the Red Sox, Larry Bird of the Celtics, the late Nascar driver Dale Earnhardt Sr. and quarterback Tom Brady. Each is/was unique to their sport, but there are common threads among them as well. More significantly, those threads transcend athletics. I was thinking on the way into work on Tuesday that connecting these threads to what we do as music educators might make for a fun blog post or two (or three), so here goes! Interestingly, it is not a stretch for me to make these connections… these have been basic lessons for me in my career, and my life. I am not into the hero worship thing (there is a difference), but what I have taken from each of these four during their careers has been very entertaining and very inspiring.

1) Watch and learn. TB was asked that since his boyhood hero, Joe Montana, had a chip on his shoulder for being a 3rd round draft pick (instead of a 1st), how should Brady feel about having being a 7th round pick? “Well Montana should have been picked higher, he was that good!” A great reply, which alluded to the fact that Brady believes he was picked right where he should have been, based on how good he was at the time. Then he talked about how he consequently grew and developed by carefully watching others and receiving their tutelage. He talked about the quarterbacks he was a backup to, he talked about the quarterbacks who were backups to him. He talked about all sorts of players he had been around. He even talked about loving watching the playoff games last weekend on TV because he learns so much from watching the other quarterbacks… still! The lesson here is simple: we all can learn from those around us. It isn’t relevant how long they’ve been around, what their roles are, whether they are on your team or not. This approach to what we do day in and day out in education is so important. We all can be better at what we do, but we don’t have to reinvent the wheel. Our colleagues offer so much to learn from. Whether it’s me talking to Jarika about the latest vocal pedagogy idea she’s come up with, observing Heidi Corliss working wonders with a non-auditioned chorus of teenage vocalists or just watching Bob Russell conduct for even 5 minutes, I am a different rehearsal technician and conductor next time I get in front of a choir. I’ve blogged before about how much better a choral conductor I am every time I watch a band rehearsal. Tom Brady said a mouthful when he talked about he grows because he learns from watching everyone he comes across; learning something from each of them.

2) Fundamentals, fundamentals, fundamentals. Randy Pausch in his “Last Lecture” (if you have never watched this, you must reserve an hour and 15 minutes to do so) alludes to this very point. But to hear Tom Brady say a few years ago that he devotes at least as much time to training camp fundamentals, if not more, than he did when he was younger, well, wow! He is bound for the Hall of Fame, arguably the greatest quarterback in the history of the game, and he devotes more time to practicing the fundamentals than he did when he was younger. And Larry Bird, the best free throw shooter in the NBA, practicing his free throws hours after he just finished playing a game? In our society, there seems to be a prevalence of, “I can change my routine once I’ve paid my dues”. I’ve seen this mindset carried out in our culture and society over and over again, and so have you. The refreshing message here is that the only “dues” that will ever really matter are the day to day requirements of being the best you can possibly be – and doing what is fundamentally required to make that happen over and over and over. And over. Repetition. Basics. I have neglected this advice FAR more often than I am proud to admit. The most recent reminder was an unconscious flip; a “curl” that I inadvertently added to my conducting pattern this past year. I was mortified when I saw videos of my conducting at the MSYM summer choir I direct, realizing that I had allowed a lazy habit to enter into my craft. I’m not being overly dramatic by saying that. I want to be proud of the work I do as a conductor, and I wasn’t when I saw what I was doing. Fundamentals. At age 47, aren’t I way past the point of needing to be concerned about my 4 pattern? Nope. That bad habit creeping into what I was showing my choir? Fundamentals. I need to always keep them fresh. We all do. And doesn’t this likewise translate to rehearsal technique, piano skills, listening skills, analytical skills, interpersonal skills, curriculum development, assessment strategies, etc, etc, etc…. ??? 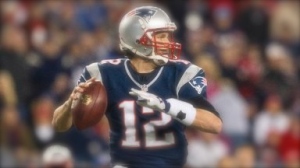 3 Responses to lessons from my sports legends, part 1